Explore more
T2 Competition Evo Zero, a True Classic!
Up Close Hardcore Studies
Pilot vs Flyer, Is there a Difference?
Flying off the Black Rock!
In the Corner
Kite Aerial Photography at Hestholmen – Behind the Scenes
Do you have trouble with your kite oversteering? Some kites come with a bit of oversteer built in. I must admit I’m not too fond of this … feature, so if you’re like me, I hope you find these handful of tips useful.

Oversteer can easily be caused by not having enough washout at the outer standoff point on the wing.

Remedy 1
Your lower spreaders are not pushed all the way into their fittings. This could cause them to “knuckle over” under load and reduce the pressure of the outer standoff on the sail.

Many people actually don’t fully insert their spreaders when assembling their kites, and this could have a big effect. 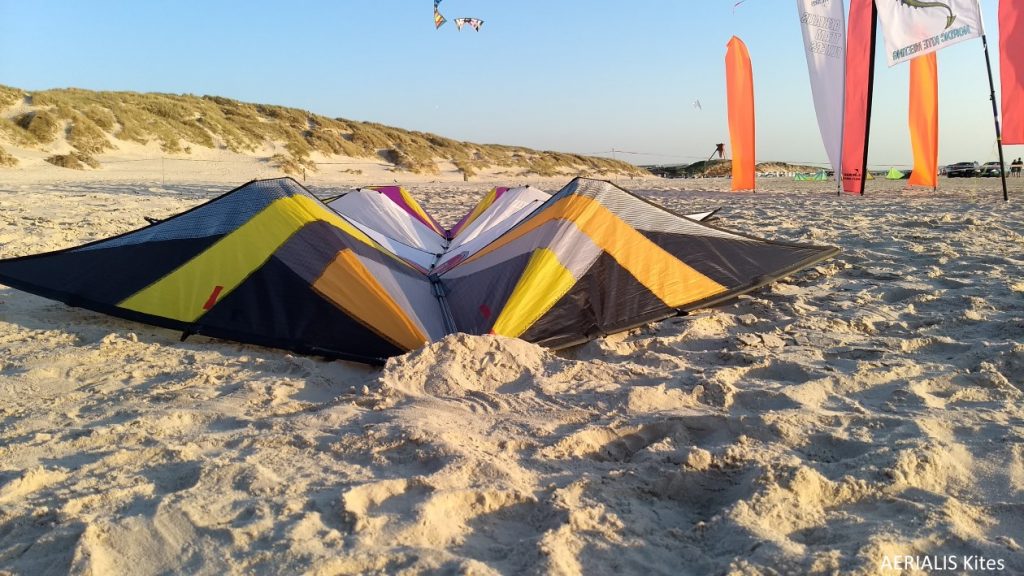 Remedy 2
Your lower spreader fittings have pushed forwards along the LE a bit, so they are no longer positioned where they should be. A good hit on the nose could do this by jolting them forwards against the upper end of the leading edge cutout. This would also reduce the pressure of the outer standoff against the sail and reduce your washout.

Remedy 3
One of the c-stoppers holding your upper spreader fittings in position could have come unglued and slipped down the spar (away from the nose). This changes the profile of the wing and could affect the way the kite turns.

Remedy 4
One of the upper spreader fittings could have slipped over its stop, having the same effect as (3). This could be caused by very big winds or a fitting of the wrong size that made its way into the wrong box when assembling the kite at the manufacturer.

Remedy 5
Your outer standoffs are slid inwards where they meet the lower spreader, reducing the amount they push the sail out. Keep them perpendicular (there are exceptions to this ‘rule’) to the spreader for maximum washout and precision.

Remedy 6
You need your bridle pigtails farther upwards for the wind conditions. Make small adjustmenst until you find the kite is less oversteerish and flying to your likings.

So the next time you’re having trouble with a kite that oversteer to much for your likings, see if these tips can make your day.